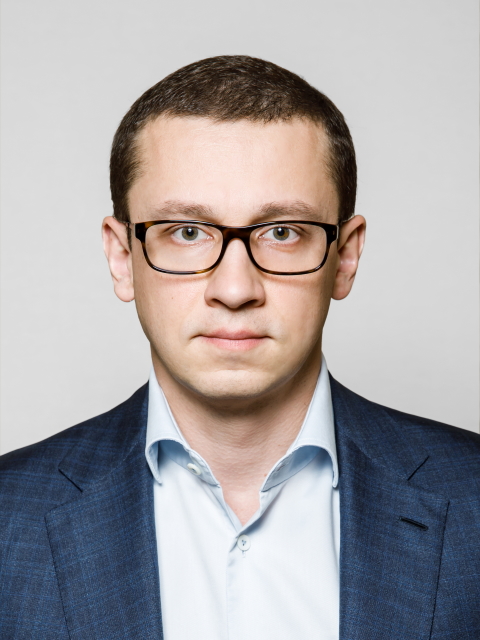 FELIX EVTUSHENKOV
Chairman of the Board of Directors 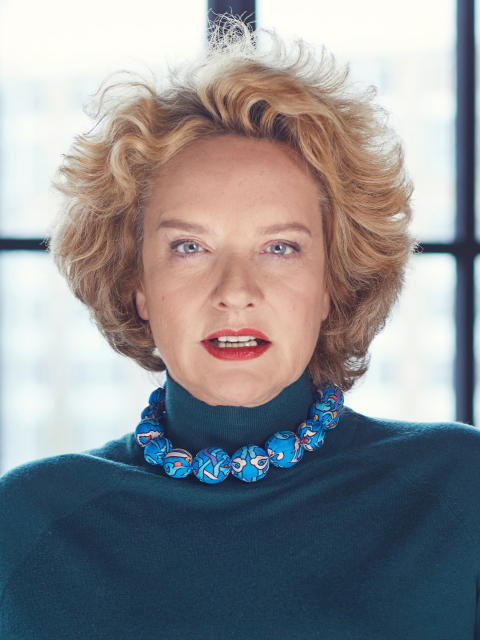 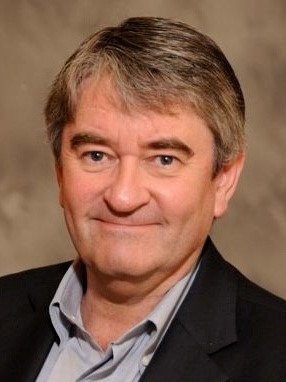 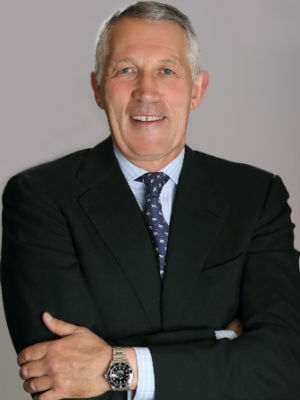 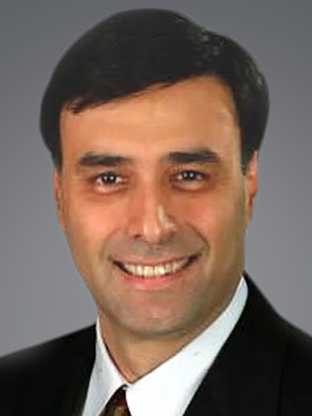 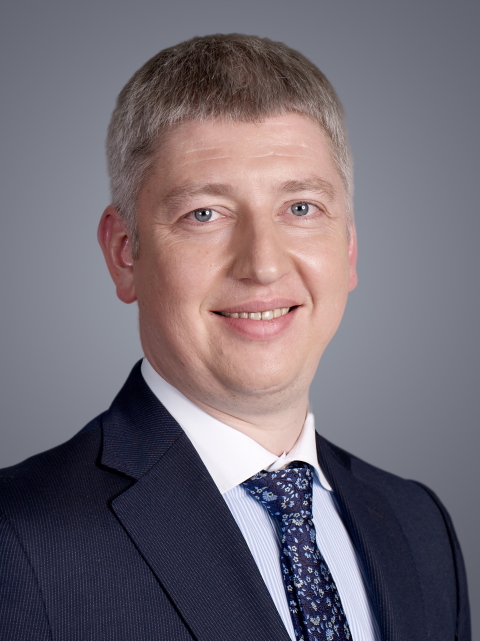 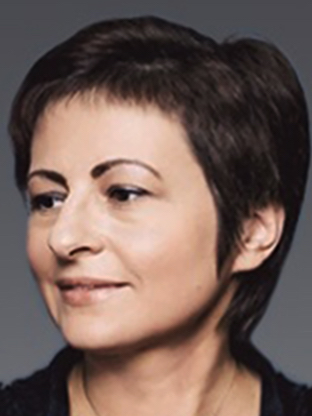 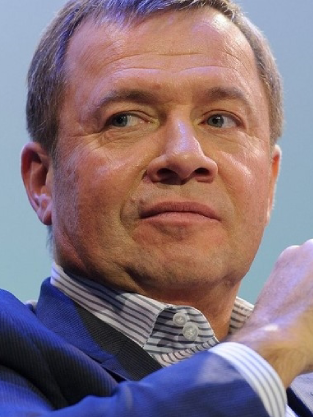 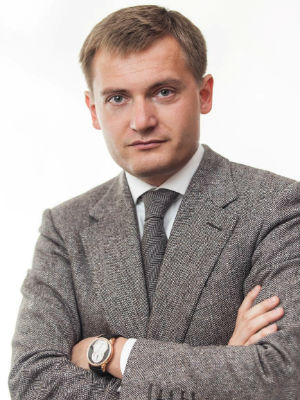 Chairman of the Board of Directors

Felix holds a degree in jurisprudence from the A.S. Griboedov Institute of International Law & Economics.

Regina von Flemming was elected a member of the MTS Board of directors in June 2015. She is currently Deputy Chairperson of the Board of directors as well as Chairperson of the ESG Committee and Remuneration & Nominations Committee. She is also a member of the Audit Committee, Strategy Committee, and special committees overseeing the company's compliance programs as well as a project to co-locate MTS's Moscow-based employees in a unified office space.

Ms. Flemming has over 25 years of CEO experience in the Central and Eastern Europe region, with a deep bench of expertise across business development, strategic planning, organizational development, and digital transformation. She has held a series of advisory and board positions for leading public Russian companies across the technology, finance, and metals sectors.

She also sits on the Board of directors of Raspadskaya JSC (MOEX: RASP), a major Russian producer of coking coal. In addition, since 2018 she has also worked as an adviser to the CEO of Accenture Russia. In February 2021, she was recognized as Russia's Independent Director of the Year for 2020 by the Russian Independent directors Association (IDA) together with the Russian Union of Industrialists and Entrepreneurs (RSPP).

In addition, Ms. Flemming has served on the boards of leading political, business, and charitable organizations in Russia and Germany, such as the German-Russian Trade Chamber, Wirtschaftsforum SPD (Berlin), and German-Russian Forum (Berlin). She is also member of the endowment supervisory board of the Jewish Museum in Moscow and sits on the board of the Russian Standard Foundation.

Ms. Flemming is a postgraduate of the German Development Institute, studied at Sciences Po in Paris, and graduated at FU Berlin with a degree in political science. She also worked as a research assistant at Insead in Fontainebleau.

Paul Berriman was elected to the Board of Directors of MTS PJSC in June 2022.

Paul Berriman is an Independent Director of telecommunications operator Spark New Zealand, as well as an Independent Director and Chairman of the Technical Committee of Rain Network Holdings (Pty) South Africa. In addition, he serves as a Director of Contactica Ltd. and is an advisor to IX Acquisitions Corp. and a member of the IT Management Subcommittee of the Hong Kong Management Association. In 2003-2021, he worked as Chief Technical Director of PCCW and HKT.

Thomas Holtrop was elected to the Board of Directors of MTS PJSC in 2013.

From 2005 to 2006 he held the position of Chief Executive Officer at Thomas Cook AG, a travel agency. From 2001 to 2004 he was President of T-Online International AG, which, under Holtrop’s leadership, took the leading position in the European market of broadband Internet services. Also, from 2002 to 2004, he was a member of the Board of Directors of Deutsche Telekom AG, where he was responsible for the development of broadband services. From 1990 to 1999 he worked in the banking sector, including in the positions of Vice President at American Express International Inc in New York, Frankfurt and London; he was also part of the Board of Directors at Bank 24 AG and Deutsche Bank 24 AG.

Thomas was born in 1954 in Germany. He studied psychology at the University of Freiburg and business administration, majoring in economics and organization of production at the German Academy of Civil Servants.

Shaygan Kheradpir joined the MTS Board of Directors in June 2020 and has been Chairman & CEO of Coriant, Inc. since 2015. In 2014 he worked as CEO of Juniper Networks and from 2011–2014 as COO of Barclays Bank. From 2000–2010 he served in multiple roles at Verizon, including as CTO and CIO in Telecom. Shaygan holds bachelor’s, master’s, and doctoral degrees in electrical engineering from Cornell University.

Vyacheslav (Slava) Nikolaev was appointed MTS President & CEO and Chairman of the Management Board in March 2021 and named a Member of the Board of Directors in June 2021.

Vyacheslav first joined MTS in 2004 and progressed through a series of senior positions across marketing and commercial management, most recently leading the Company’s strategic digital initiatives as First Vice President for Customer Experience, Marketing, and Ecosystem Development. His earlier roles included Vice President for Marketing (2017‑2019), B2B Director (2011–2017), as well as Group Director for Commercial Control, Deputy Director for Regional Management at MTS Russia, and acting Director of MTS Russia.

Before joining MTS, Vyacheslav worked as a supervising telecoms analyst, leading the sector research teams at Trust and Renaissance Capital. Vyacheslav began his professional career in 1997 as a consultant at European Public Policy Advisers (UK) and J'son and Partners (Sweden).

Vyacheslav was born in 1970. He graduated from the Faculty of Computational Mathematics & Cybernetics at Lomonosov Moscow State University in 1992.

Nadia Shouraboura joined the MTS Board of Directors in June 2020. In addition, she is a member of the supervisory board of X5 Retail Group (Russia) and Ferguson plc (Switzerland), as well as a member of the board of Anko Retail, Inc. (USA) and Tosca (USA). From 2012—2018 she was founder and CEO of premium clothing retailer Hointer (USA). She earlier held a series of leadership roles in multiple companies from 2004–2012, including as VP for Technology at Amazon overseeing global supply chains and fulfillment, as well as head of systems development at Exelon Power. From 1994–2001 she worked as a Senior Principal Consultant at Diamond Management & Technology (USA). She began her career in 1989 as a robotics engineer at Robcad (Israel). Nadia holds a bachelor’s degree from Moscow State University, a master’s degree from the University of Tel Aviv, and a PhD in Mathematics from Princeton University.

Valentin Yumashev was elected to the Board of Directors of MTS PJSC in June 2019.

Valentin Yumashev is a Member of the Board and Advisor of the Boris Yeltsin Presidential Center Fund.

Valentin began his career in 1978 as a journalist at Moskovsky Komsomolets, later working from 1987-1995 in a series of leadership roles at Ogoniok magazine, including as General Director.

In 1996, he worked as a media relations advisor to the Russian president. In 1997-1998, he served as head of the Russian Presidential Administration.

Vice President, Head of Strategy, Member of the Executive Management at Sistema PJSFC

In June 2017 Artem Zassoursky was elected to the Board of Directors of MTS PJSC.

Prior to joining AFK Sistema in 2013, he held the position of General Director of Stream, in 2013-2013 he worked as a Vice President of SMM OJSC, previously held senior positions in major media companies.

Artem was born in Moscow in 1979. He graduated from Lomonosov Moscow State University in 2001 with a degree in Foreign Social and Economic Geography and Translation. In 2005, he completed his postgraduate studies on Journalism at the same university.